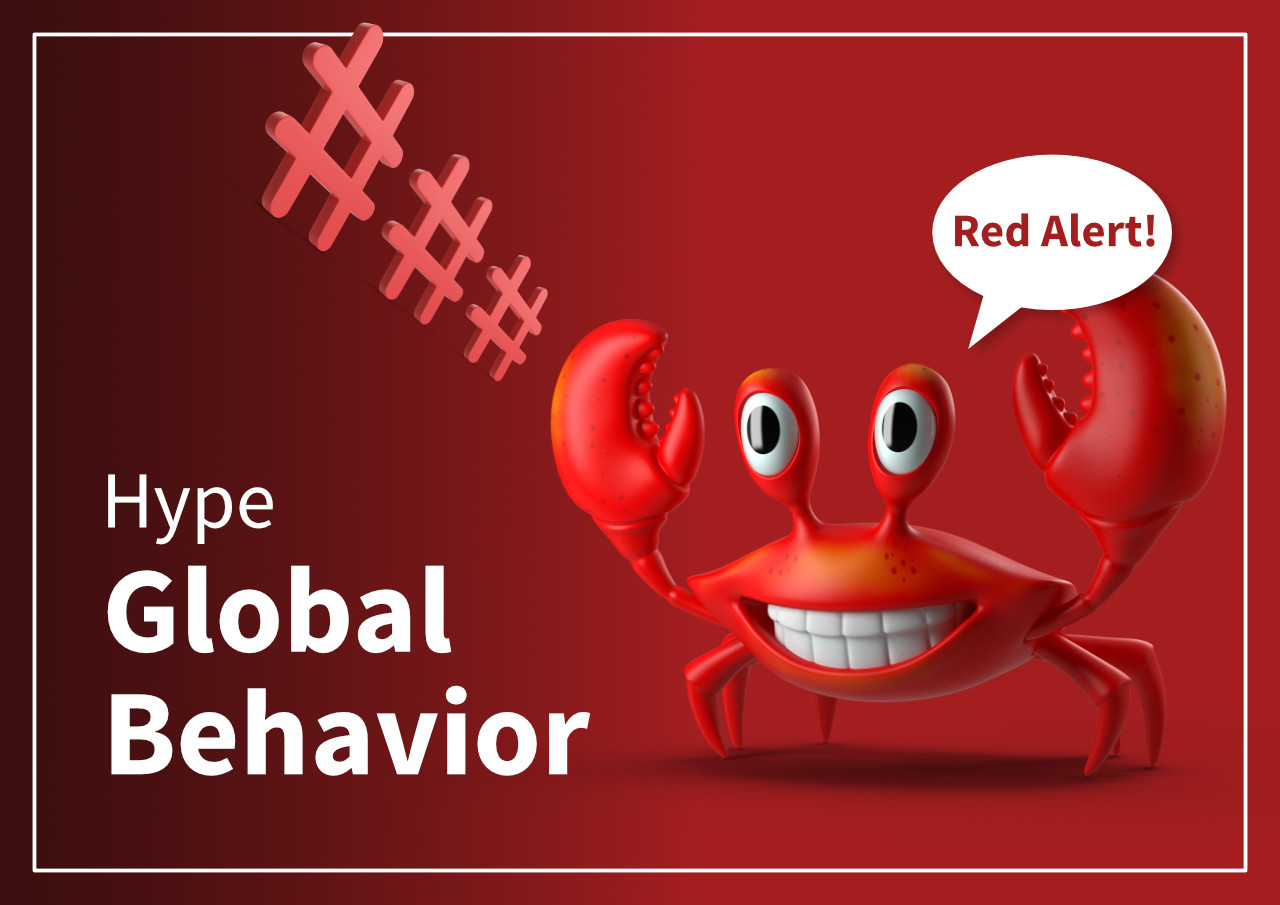 This idea got triggered back in the day

when trying to explain Custom Behavior as Tweets. The idea stuck with me …

Mostly I use Hype these days for Widgets in CMS-Projects, hence I thought I share the concept of a unified communication pipeline across individual widget. So, I recreated LocalConnection from the Flash-days with a little Twitter-twist and named it GlobalBehavior:

Hint: The code is an extension. It enables all Hype-Widget loaded on the same page to form a broadcast network. Inside the widget are just plain Custom Behavior calls following the rules mentioned in the example. The code from the JS-files below can also just be pasted into the Head-HTML.

Explanation:
You can find more info in this reply with flowcharts

There is a JSDoc based documentation of the functions at

This module allows to extend custom behavior across Hype document and iFrame boundaries containing Hype documents. There is also an implementation making this work across devices using Pusher.

This project extends custom behavior found in Tumult Hype 4 to the page context and beyond. - worldoptimizer/HypeGlobalBehavior

Latest version can be linked into your project using the following in the head section of your project:

Optionally you can also link a SRI version or specific releases.
Read more about that on the JsDelivr (CDN) page for this extension at https://www.jsdelivr.com/package/gh/worldoptimizer/HypeGlobalBehavior 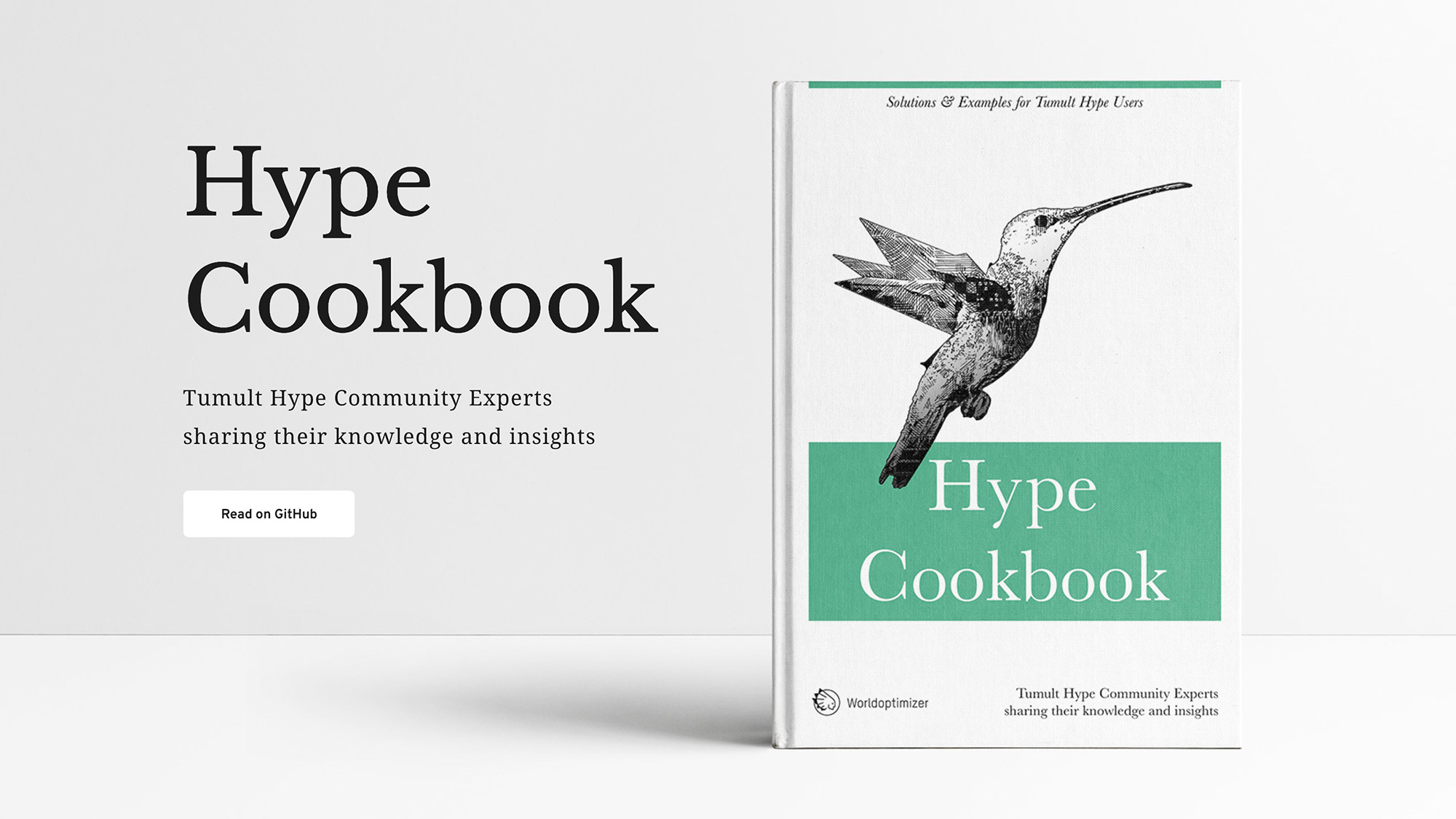 Work in progress on / note to self:

Thank You - what a useful (in progress) tool to offer!

It occurred to me as I was going through things that it might be valuable to post the (3) HTML Widget’s in your demo (as Hype projects) so those that like to “learn by doing” would have a complete reference to work with based on your previous posts.

@JimScott For now I won’t release my Hype-file as it has my special quirks and might be more confusing then helpful (I am using a single file and extended exporter). The whole point of Hype LocalConnection is that apart of the extension (Head-HTML) and the command-structure it is independent of any given Hype-file or way you export them. That said I will release some examples based on single Hype-file per Widget in the future.

↑ look at project
Updated to version 1.1

This solution also doesn’t solve the recent question as it is ment to work across instances. The solution, you suggested, to just use hypeDocument.getSymbolInstanceById(‘id’) was the best way to go. I think targeting a single instance with a Custom Behaviour that was setup to trigger others defies the purpose. Then he should have just set up a new Custom Behaviour with only one listener.

LocalConnection on the other hand broadcasts the “hastag” version through the whole Hype-Instance-Network and all it’s internal listeners with the benefit that all Hype-Instances on the page are now potentially targeted. So the @ is to limit Hype-Instances without much hassle.

Have you thought about the backbone being postMessage?

For now the callstack is direct and postMessage introduces the async aspect but why not. I’ll probably just send the trigger so that an iFrame could catch it and participate in LocalConnection (but don’t think I’ll switch over entirely to PostMessage).

Fixed and now I added a link to an online version

This solution also doesn’t solve the recent question as it is ment to work across instances.

(To clarify I was just musing that it was an interesting solution to a similar problem!)

↑ look at project
Updated to version 1.2
It now supports iFrames (one directional for now)

↑ look at project
Updated to version 1.3
Rewritten against Closure-Compiler and expanded on bubbling

Here are some thoughts I am having for this Extension and others to follow:

I cleaned up the public interface (upcoming release to only two commands). Less is more and less to maintain and support. Also rather have something that just does the job then offer a million features.

I am still thinking about the mounting point. I currently have the part facing HTML in window['LB'] that allows to trigger functions specific to the extension from the page scope. This allows for a very short notation LB.triggerCustomBehaviour('RedAlert') but means if every Extension does this it rather quickly pollutes window. One could collect them in window['Extension']. For this case resulting in window['Extension']['LocalConnection'] producing the command path Extension.LocalConnetion.triggerCustomBehaviour('RedAlert'). My other thought was going into window['HYPE']. The later could mess with Hype itself so I am hesitant given Hype uses the following to init…

… one could easyly break Hype through setting window['HYPE'] to not null to create window['HYPE']['LocalConnection']. On the other hand one could just do the following in Extensions …

That would have the downside that Extensions depend on Hype being loaded first otherwise they break and are not initialized. Also not ideal… but the command path looks neat HYPE.LocalConnection.triggerCustomBehaviour('RedAlert')

Got any thoughts on the matter?

I would strongly discourage against attaching to HYPE globals/variables if possible.

↑ look at project
Updated to version 1.4
Refactored to new naming and interface, renamed from Behaviour

After thinking about the naming (thanks@jonathan) and scope I decided that each functional extension has it’s own name space called like the JS-file. Therefor HypeGlobalBehaviour.js can be found at window.HypeGlobalBehaviour

↑ look at project
Updated to version 1.5
Fixed a bug with iFrame propagation and added a "Singleton" check

↑ look at project
No updates to main code but a thread containing an code example with a single Hype file (see below):

Hello Community, this post is based on a request from Hype Beta subforum… but as the result might benefit somebody not using the beta (a smaller group on that restricted subforum)… I am posting this code in the public space of the forum. It shows two ways to organise a game. Version1 is based on a single init-Function This version does all the setup (including click handler) from a single function that sets up the game on scene load. Has the benefit that everything code related for the game …

i had a first deeper look and have to say this extension is really great stuff!

and I already add your JS into my project, but it does not work me, and the issue is at this post:

How to scroll two timelines in two file in one page?

Hello, I can scroll timelines in one Hype file by using: window.onscroll = function () { var scrollAmount = scrollY; hypeDocument.goToTimeInTimelineNamed(scrollAmount * 0.006, 'timelineprodcut') hypeDocument.goToTimeInTimelineNamed(scrollAmount * 0.006, 'timelineprodcut2') } like this one https://www.lovcour.com/one-productscroll-timeline But, if put these two timelines animation into two hype files, and put two animations into one page, both of them will not work, and you may c…

It would be great appreciated if you could let me know how to make them work at same time in one page.

By the way, is it possible to add your JS libraries into Hype wordpress plugin and make them work automatically? it would be much helpful and effective if it works in this way.

Have a nice day.

You have to add the custom behavior script library to your WordPress header. Use a childtheme and functions.php with some actions (https://developer.wordpress.org/themes/basics/including-css-javascript/) or use a plugin that can add to the header (for example https://wordpress.org/plugins/header-and-footer-scripts/).

Another solution you can test is to use iFrames instead of divs in the Hype-WordPress-Plugin. There is a setting on each hype upload. That way your original HTML with the script in the header is used but it will load the library multiple times. But the browser will work it’s magic and fetch it from cache.

I’d personally rather use the first solution but the second option might be easier todo quickly.