Hmm that threw me.. On Any Timeline Complete - maybe we need a warning system

While looking at this thread.

I was was going to export an example as a gif. Going to look for how scene two was being called I spotted this. On Any Timeline Complete 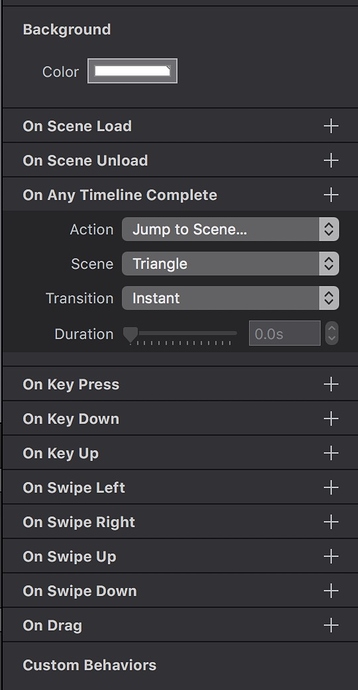 On Any Timeline Complete Action Animation

It is still picked up for back compatiblity which is good.

Not sure if the demand is there in regards to how common things like this is and probably not a biggy but I wonder if it makes sense to some how highlight depreciated functions and point to preferred methods when old projects are opened. Similar to how Apple do it in Xcode. With warnings…

My thinking is at some point some depreciated functions will have to be broken in the future
( big changes in Hypes architecture and over bloated code ).
Having a warning system would help find the issue quicker and encourage people working from old projects to use the modern functions instead of propagating the old ones… just a thought…

That’s a good idea. Would the current browser compatibility warning system have been enough to alert this? I don’t think it needs to be in a user’s face, but makes sense to have some info about it.

Regardless, we care a lot about backward compatibility, so don’t have any plans to remove the old “On Any Timeline Complete” feature!

Would the current browser compatibility warning system have been enough to alert this?

I think at least for actions, if they had a warning icon next to it which worked in the same way as for instance the one for pointes. But not be able to edit it out of being displayed. 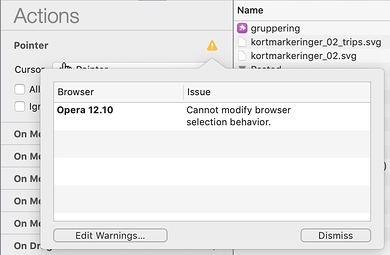