First of all, Hype is an incredible software. I am having lots of fun getting to know the program and feels great to be using less and less Animate CC.

I have a document that contains a Main Timeline with some buttons which I want them to trigger different timelines that contain other symbols with animations. Is Javascript the way to go here or there’s a way around to switch between timelines with no coding?

Hype has triggers to start, pause, continue and go to a specific time in any timeline. You would get to these in any action (in this case you are using a button and probably a click action) just choose whichever trigger you need.

Thanks DBear, the actual issue is that I cannot stop a timeline and start a different one. Or at least not by using actions.

On the image that I’ve attached, you can see that once I click on the first menu item, the “crown” timeline plays but if I click on the next menu button it doesn’t load the respective timeline which on this case would be the “Door and Window” timeline. 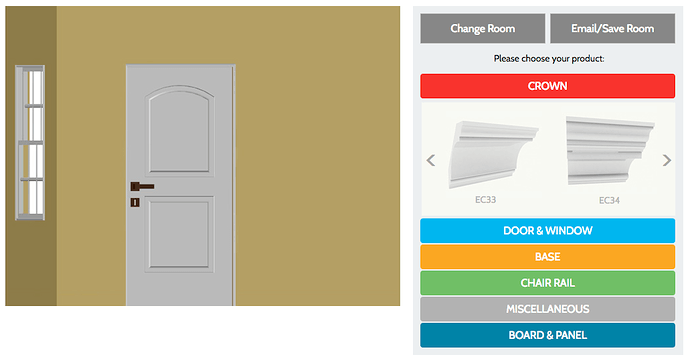 I appreciate the image but I can’t really tell what you are trying to do without a document to look at. What you’re saying is synonymous with click a button pause the timeline, click another start a different timeline. Which as i explained you can accomplish with the different actions. It might be better to look at using functions where you can accomplish the same using Hype’s API. This way you could tie the start and pause actions to the same button. Which I think in your case is what you want.

The logic being … press CROWN and the associated timeline plays. Press DOOR & WINDOW and the crown timeline pauses and the door & window timeline plays. Hype has a built in method for telling you if a certain timeline is playing.

You could essentially check all timelines to see if they are playing or not. And then pause the ones which are and start the one you want.

A document would mean that we could tailor something for you. If I have time I’ll try and post something that would demonstrate what I’m saying. Or someone else might beat me to it. But in any case a document would make things mush easier for you. There is probably more than one way to do what it is but at the moment it’s like a stab in the dark.

Sorry DBear! I guess I should have included the document. Here it is. In the meantime I will try your suggestions.

I did tried the following to no avail. The Timeline does not stop and switch to a different one.

I will probably going to have to change the design so I can accommodate relative timelines. I see no other way.