I’m part of a video production company that is slowly branching into some development for a client. I was tasked with learning about SVG -v- JPEG/PNG for use in interactives we are building. I have no prior knowledge in these matters so please be gentle if I’m making a very obvious mistake.

To demonstrate the scalability of an SVG against a PNG I made a very simple animation in hype of 2 images next to each other (same star just exported as different file types). 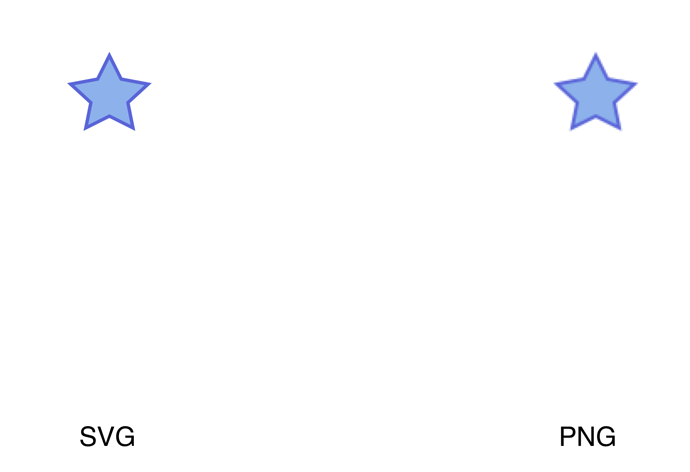 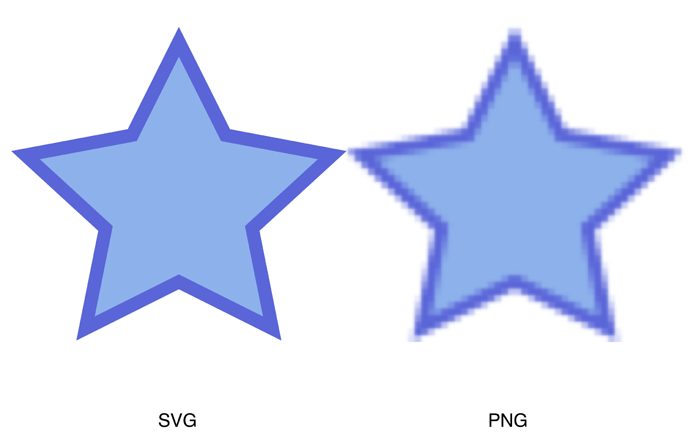 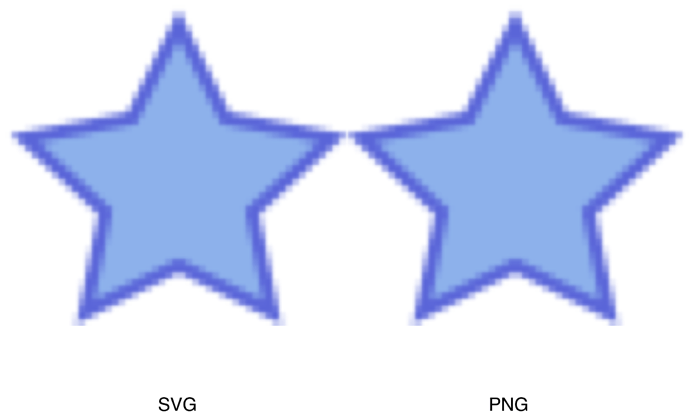 Is there an option somewhere I’m supposed to be selecting that will keep the Vectors as Vectors? Or, what is it I’m missing/doing wrong?

Hi Gavin – not an obvious mistake at all. When using ‘scaling’ on an SVG, the graphics card does the wrong thing and uses the SVG’s 100% size as the starting point for the quality of the image, and doesn’t use the typically crisp SVG vector data.

Instead of using the ‘scale’ property, you can use the standard resize option (click and drag one of the corners on the SVG) to make the SVG larger. Resizing actually changes the size of the element’s bounding box, and doesn’t ‘zoom’ the element.

Thank you, I’ll keep that in mind.

If it’s not resizable, you may be hitting an issue with the ‘view box’ which you can resolve by running it through a quick online processor.