Here is another version of this idea. It is simplified as in:

A simple nested example is included in the download as well: 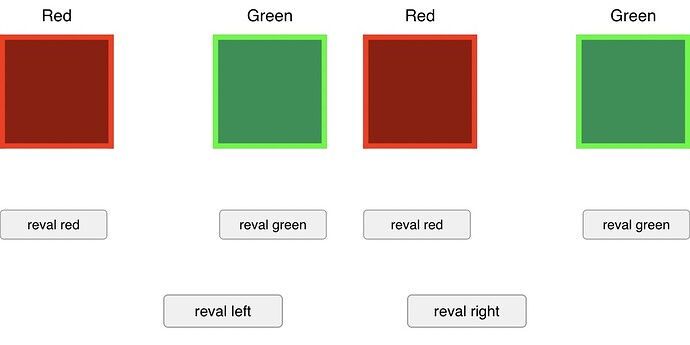 This version is easier to grasp if only used in a scene and straightforward to nest, using symbols as the container for a specific logic.

Slight update on the downloadable file: The emitted behavior now is …

This is totally geeky and optional:
And there now exists an override on symbols and on triggers called data-reveal-behavior that allows to give it a unique name. Say you use the same symbol more than once you could add data-reveal-behavior with the value other Symbol to it and the custom behavior emitted would change to reveal other Symbol red instead of the same reveal Symbol red for both.

Added the event handling to touchstart and mousedown instead of onclick to avoid missed interactions on touch devices (like Android devices etc.).