I’m working on a a multiple scene website that has an intro animation per scene and reverses the animation when the user clicks on a link and then go to the new scene. In Flash, before, usually, I’d declare a bunch of global variables that I pass around and then “checked” using the actions in timeline keyframes. 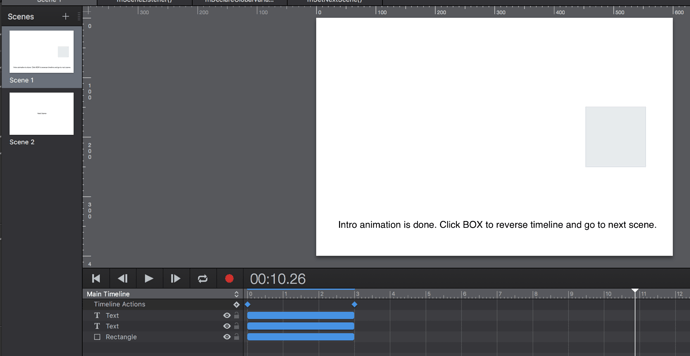 Basically I wanted to do these things: 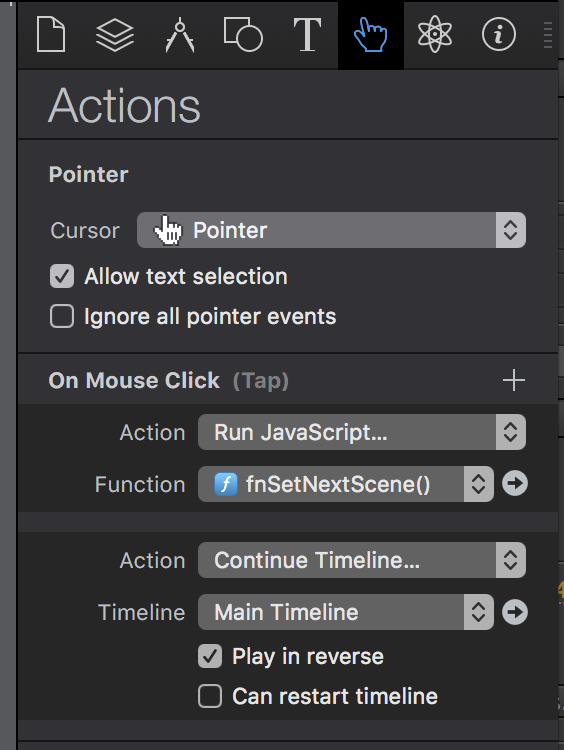 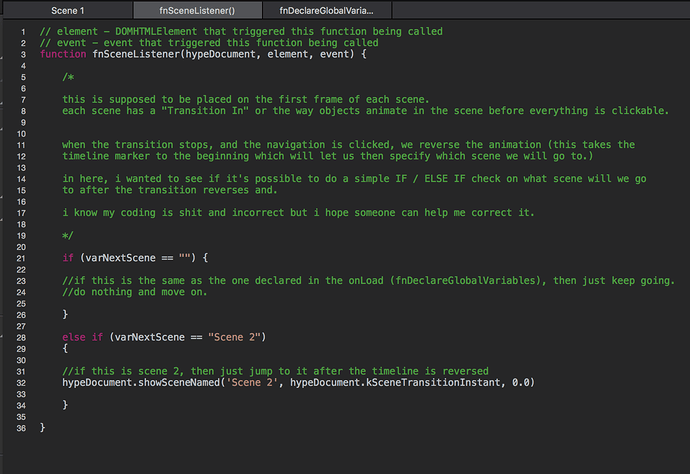 What I wanted to do is for this function to check which Scene the user clicked. In this case “Scene 2” after which the page then moves to Scene 2.

Can anyone help me out?

Sorry for this long post. My problem with Tumult Hype Pro is that it just like to call functions but not pass any parameters on it. I want to be able to do reusable functions that are declared globally and can be used anywhere in the site.

*Edit: I saw a suggestion to use classes. I’m not good in coding is there a tutorial how to do that?
*Edit: I also saw a hype extensions… how do I do this? can anyone point me to a tutorial?

Super thanks for this. This is actually the best way for me to visually pass variables as parameters in a function without having to code everything. Thanks so much @h_classen for this! You’re a Hype God.

Thanks so much @h_classen for this! You’re a Hype God

Now that You mention it we really need an additional “badge” here on the Forum - “Hype God”.

There are a few members who really light up the Forum with their amazing contributions (JavaScript in particular) and without whom this Forum would not be so nearly an illuminating place of learning.

@h_classen @DBear @MarkHunte - Thank You for all the time You have devoted sharing your knowledge and insights!

I am sure if it existed, you would have earned it to @JimScott