How do I make persistent symbol navigation arrows only appear on hover over slide?

You could set the opacity to zero, then go to "Show Button Controls" from the "Edit" menu. The "Hover" option should appear, so then just put the opacity to 100% on hover.

I tested this with the “Navigating” template...

Photics.com is not a Tumult fansite. Sure, I like Hype, but I tell it to you straight. The software has...

I was surprised to learn that the "Show Button Controls" option was not selectable for groups or symbols, but it did work on the elements themselves though. 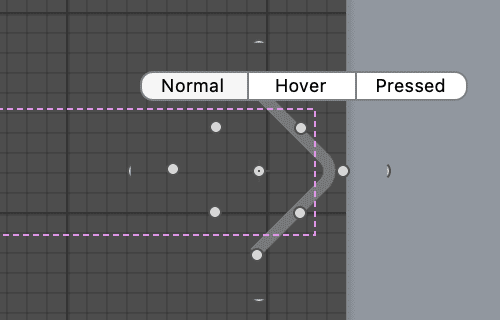 Alternatively, you could use actions. Just make a separate timeline and put 0 opacity at the first frame, and then 100% opacity at the one second mark. From there, you can use the “On Mouse Over”, and “On Mouse Out” "Actions” to control that timeline.

But perhaps the best is to use CSS. You can give your element a class name... like “buttons”. Then, add two styles...

I unchecked the "Protect from external styles" option and this worked with “Navigating” template too.

Thank you so much that worked great!