Me n' Keith - "just hangin out with Keith Moon!"

This is my story of meeting Keith Moon, drummer for The Who, at an amusement park in northern Indiana in the late sixties. This is a true story, and is purely for entertainment.

Here is the YouTube link to a short animated film created entirely in Tumult Hype. Every scene was assembled and animated in Hype, output as Quicktime, and assembled and edited in Davinci Resolve. 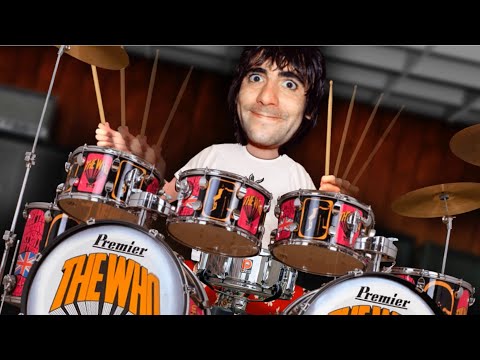 WOW! Amazed and so impressed you did this in Hype! I've never considered it for this type of project but your work stands for itself! So creative and well done. I had a close encounter of sorts with Steve Perry of Journey back around 1980 and it immediately came to mind when watching this!

Do you have any production observations or tips of sorts for doing a project like this?

Thanks for the compliment.
I build each static scene in Photoshop, import into Hype in layers, png's over a background, and create a movie clip of the whole scene. I make a point of keeping my scene timeline short, to keep layers from getting out of sync. I use a film editing software to assemble the Hype Quicktimes.

I haven't seen anything like it, especially in Hype! Awesome stuff, congrats friend!

Now that's what I'm talking about! Why isn't there more of this around the Internet?

I didn't like the part where he tossed the beer can into the river, but I did like the historical touch. That's the older can design with the peel open top.