Is there a way to render a scene (or part of a scene) as an image file for sharing?

Hi… I’m hoping to create a simple exercise in interactivity whereby users can build an image by dragging and dropping predefined visual elements.

Once the user has finished creating their image I’d like them to be able to click a ‘share’ button which will provide them with the opportunity to export their image to a social platform of their choosing and/or save it to their device.

Any tips, thoughts, or points-in-the-right-direction will be very gratefully received

I’d noticed Drawing Canvas in Hype Docks but had failed to spot its inclusion of the php you mention.

A million thanks… that’s perfect by the look of it

Doh! The hosting platform that the project is destined for doesn’t support php processing.

Sigh. Back to the drawing board (no pun intended).

This is a snippet from code I have taken from one of my projects which deals with drawing the canvas first.
If you can get your drawing done in a canvas then you can use something like this which downloads the canvas as a png file.

Thank you for that… it’s hugely appreciated!!!

Okey dokey… I got a bit waylaid with other stuff hence the delay in slinging this up but attached here, at last, is a super-simple working Hype example.

It utilises html2canvas in conjunction with a modified version of @MarkHunte’s snippet (huge thanks, again, for that!).

To ensure that the captured image doesn’t include peripheral visual elements from the stage, such as buttons and unused drag and drop items, I created a group called ‘DragNDrop’ and nested it within another group called ‘Image Area’.

The ‘Image Area’ group bounding box has been sized to fit only the area that I want to capture (yellow arrows) and it has ‘Content Overflow’ set to ‘hidden’. It’s been assigned the unique ID of ‘capture’, which is referenced in the ‘saveImage’ script. 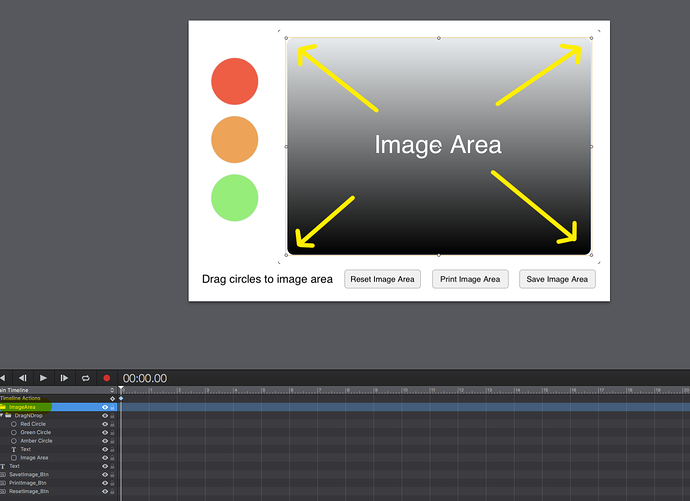 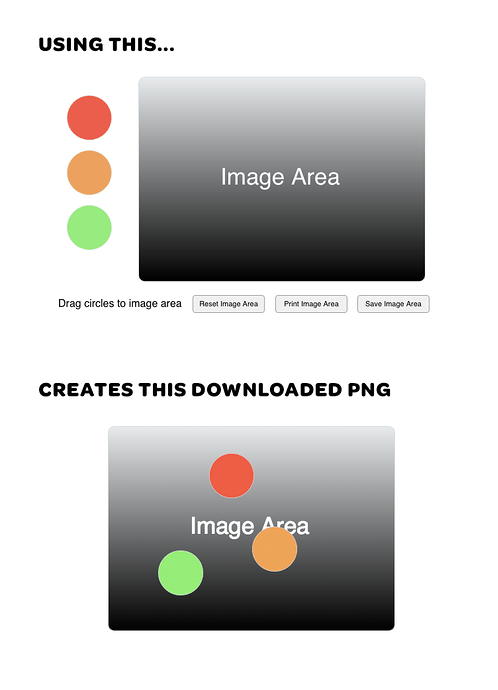 What I’d ultimately like to be able to do is configure things so that there’s an option to share a captured image directly to Facebook and/or Twitter etc. However… this is a start, at least

Thanks for sharing and the detailed explination.

I am sure this will be useful to many. Especially with the html2canvas

Firstly let me say well done, this is amazing. Any update on that sharing feature? I love this concept and would like to see how it will work with Social Media.