@intaplink hm, you can set the scenedimension to your preferred 'gadget' ...

ah, you mean that you'd like to test your responsive-settings within the app?!

Thanks for the request - we've been re-kicking this idea around so it is good to know that it is still wanted.

As a side note, I've found that one reason folks don't like previewing in browsers is that if you use Chrome it will keep making new tabs for each preview. Safari will reuse the tab, so it is a more pleasant experience. (at one point in time we tried writing a script to force Chrome to use this behavior, but ran into system security issues with it)

This is a great preview prog and now you need to copyPaste the link each time. 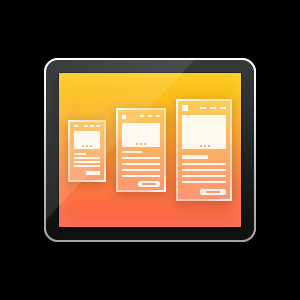 Design Browser - Browser for Developers and Designers - Solis For Mac.

Solis integrates seamlessly with your favourite code editor to deliver real time, multi viewport previewing of HTML, CSS, SASS and LESS as you write it.

and recently was made compatible with 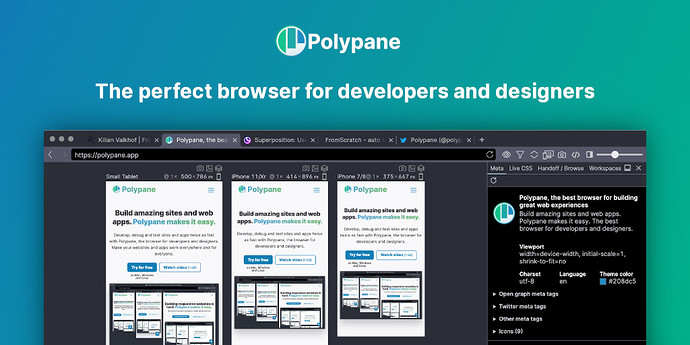 Polypane, The Browser For Building.

All the tools you need to build responsive, accessible and fast sites. Try free!

In theory Sizzy should also work but I haven't hear about it or tried it in combination with Hype: 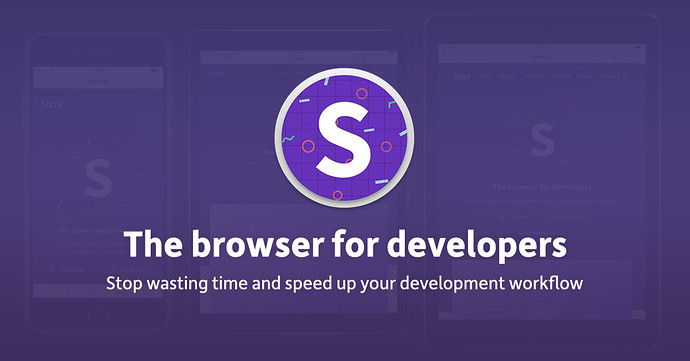 Sizzy - The Browser For Developers

Stop wasting time and speed up your development workflow

Thank you. Big advantage of ResponsivelyApp: open source. The others will charge me every month or €31 once.

True, but giving a developer some money from time to time is also nice. Even as a donation

… that said they seem to have a browser extension and then there is also this setting:

Show all browsers and not only Tumult approved ones 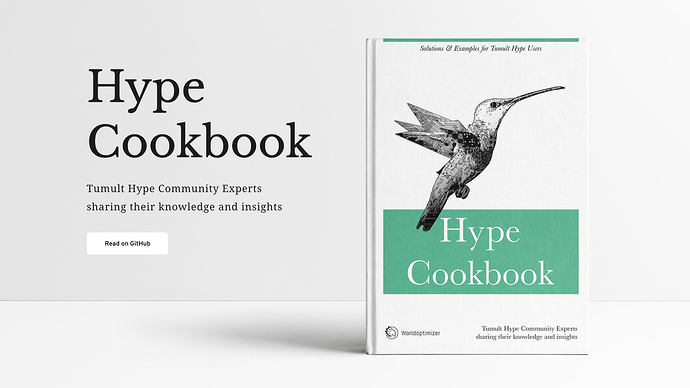 worldoptimizer/HypeCookBook - Show all browsers and not only Tumult approved ones

Maybe that helps in letting 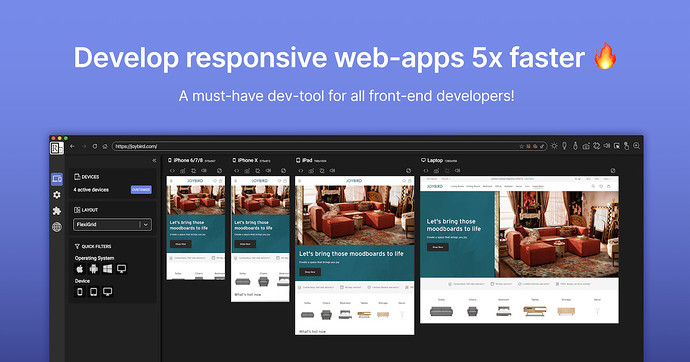 A dev-tool that aids faster and precise responsive web development.

show up in your browser dropdown directly in Hype.

I'll give a try, thank you.

Alas, that doesn't seem to work

My guess is the app has to make itself known as a "Browser"… @jonathan or is there another reason why this doesn't work on behalf of Hype selection criteria?

Normally one would uncheck Only show recommended browsers in preview menu in Hype's general preferences to see browsers that haven't been yet added to our allow list. However it appears that Solis declares itself as an http editor when Hype is looking only for a viewer (I'm not even sure how an editor makes much sense), and Sizzy doesn't declare that it can open http URLs at all!

I've reached out to both developers to see what we can do to get previews.

On the flip side, Hype has special support for Polypane -- it can not only send previews but makes Polypane aware of the different Responsive Layout sizes and automatically set them up for previews.