You can publish to Hype reflect and then switch to Safari. The URL you see there should also be valid for Android.

Hype will only vend previews to specific IP addresses that are either the local machine or one in which the user has initiated a preview to the Hype Reflect app. Basically, you can't take the preview URL and use it on a different device.

(This is for security/privacy reasons, though it would probably be nice to have an option to bypass this to make it easier to preview to other spots).

There is no Hype Reflect for Android unfortunately, and while it has always been on our radar, we don't get too many requests for it. I've added this feedback as a +1.

Instead we recommend doing a quick export to a folder that is running a webserver. Then you can access it from Android. See: 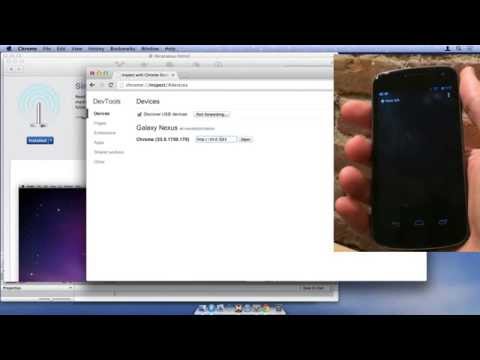 Edit: it looks like the HTTP Server in that video is probably based on python, which was removed in macOS 12.3. It looks like this terminal command would work by first using cd into the directory you want to serve and then running ruby -run -ehttpd . -p8000.

Here's a free and robust tool for quickly making a webserver from a folder on your computer, which you could then open on your Android device on the same Wifi network:

‎This app’s name is an homage to the world’s first web server. Back in 1989, Tim Berners-Lee started the web on his NeXT computer. On that computer was an app named WorldWideWeb. This app was unique because it allowed his machine to edit and serve...