I’m no expert in code and I’m having a really hard time dealing with variables.

I have an animated pointer hand/image that points at an object the user must find (it is actually more like multiple pointers on different timelines for each object). Their purpose is to point at an object only one at a time until the user “finds” and clicks on the object (it’s a hidden object game, there are 4 objects in total). The pointer can point at any object that’s not found… it doesn’t matter which object, just not an object that’s already disappeared/clicked on by the user. I tried getting around code by manipulating the timeline (continue/pause/go to time in timeline, etc.) but in the end, I cannot get around these problems: having two pointers appear at the same time, a pointer pointing at an object that’s already disappeared, or no pointers showing up at all and one object is remaining.

I tried looking this up in the forum, and the coding for variables is way over my head. Is there a way to completely disable a timeline once you no longer need it? Or can I make the pointer I no longer want invisible even if its timeline is still running?

I tried using this on click/run javascript code to hide an unwanted pointer (I added the unique ID “pointer” to it):

Right now, everything is just on one scene using and manipulating different timelines. Is my only choice to make lots and lots of scenes to control the variation of the pointer hand?

But I am having trouble visualising this and what you are using for a pointer?.

Using the above link info an example would be…

It’s not a cursor. It’s a hint animation for a hidden object mobile game.

Here is an example of someone’s hidden object game… This is not an actual picture of my game (cannot post it due to confidentiality) but it’s the same concept… basically the yellow arrow will pop up to give hints to the user. However, the pointer should not appear if the object is already found. 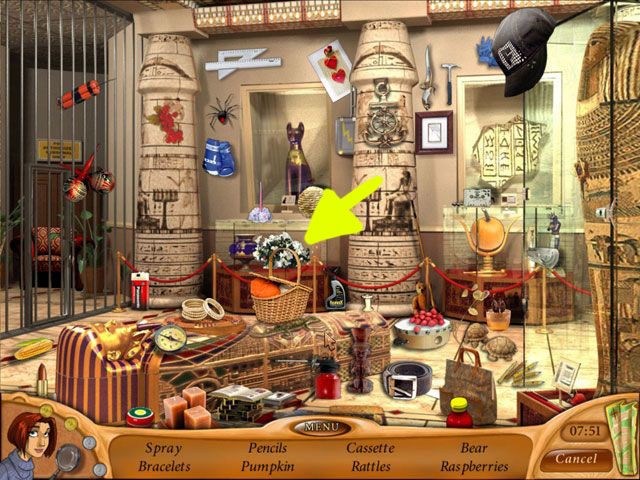 Also the arrow is animated… it’s moving back and forth to get the user’s attention. And it should appear for one object at a time (up to 4 objects). That’s why I put it on a different timeline.

Using ‘Visibility’ -> Hidden will hide that object. This can be animatable by recording and adjusting that setting: 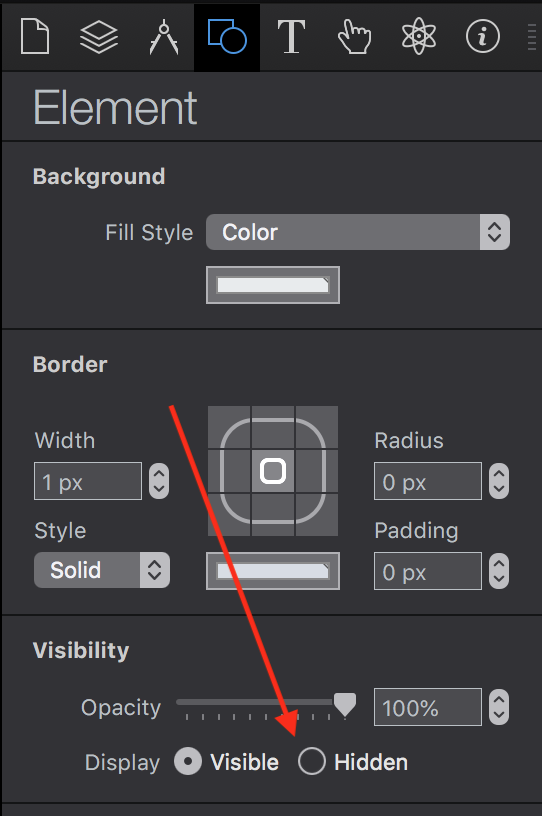 Any object set to ‘Hidden’ will not respond to clicks – this is likely better than opacity for your case.

You could have a relative timeline that has either a ‘visible’ or ‘hidden’ state for your cursor – and you could toggle that property (without adjusting the cursor’s location) pretty easily by playing the timeline and jumping to a certain time in that timeline.

It’s not a cursor… it’s a hint animation. It looks like a big pointer hand. Sorry if I’m not describing it so well…

I have tried using this visibility feature already… it doesn’t always work because “continue timeline” or “go to time in timeline” can restart the animation and unhide it despite hiding it in another timeline.

The array contains the id of each hidden element. The ids match the names of the timelines

You then can check , that to remove an element and time line

Hi Mark, how do I initiate an array? Do you have an example? Sorry, I don’t know so much about code

Have a look at this.

Each timeline loops at the start to just flash it’s arrow. When a element is clicked a JS function is run to cross check if the element is in an array. If it is it will move the timeline to a point where the arrow hides and a box appears around the element.

It will then remove the elements/timeline name from the array, find the new value in the array that has now moved to position 0 ( array positions start at 0 not 1 ) and start its timeline loop for the arrow.

The clickable elements are :

In this way the Array does all the juggling for us. And keeps the correct order of animation when one element or more is clicked out of order.
When we remove a clicked item name the array acts like it has a spring on the right hand side pushing the remaining elements left one position so the next element that has now moved into position 0 ( first place ) will be the new element/arrow/timeline to start animating.

Thank you so much, Mark! Amazing!