Copying a scene WITHOUT the timeline

Another probably simple query, apologies: I have a landing page with a long animation on it, and when users click away to another page and back I want them to come back to the same scene but without the animation, i.e the objects are already in their ‘final’ place from the first animation. I can’t get my head around it because if I delete the motion paths from the timeline everything defaults to its first position, rather than the end of the animation.

I’m guessing this is very simple but can’t figure it out! Could anyone give any pointers?

Hi Paul - Welcome to the Forum!

I am seeing a discontinuity in your request. The topic heading references copying a scene but in your post You state that You wish to go back to the same scene. Why are You copying it? There is no mention of a second (pasted) scene in your post.

I will take the title of your post as the actual intention… i.e. the viewer is going to return to another scene with the same elements as they were at the end of the first scene.

The following assumes no Javascript, CSS influencing the elements final position at the end of “Scene 1” - just the timeline animations (You mentioned motion paths were giving You trouble).

Next go to “Scene 2” and with the timeline at 0 seconds do a paste operation. Your results should have the elements positioned as they were at the end of the timelines in “Scene 1”, as in Fig.2 below. 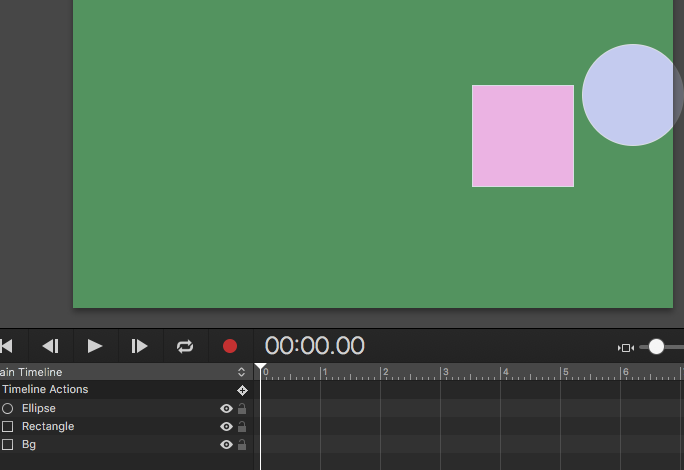 This worked perfectly, thanks. Sorry for the vagueness; either solution would have done (I could have duplicated the scene without the timeline if I knew how to do that). The method you’ve give worked though, thanks!

Glad my idea helped You out. There is another approach that I didn’t mention in my post as I didn’t want to get too many ingredients in the recipe.

Below are two posts that describe this approach. Both are included here as they might have something in each of them that that adds to your understanding of the process.

How to jump to the specific timeline of a scene from another scene by element On Mouse Click?

Hi Michel! Well I waited for a response from You as long as I could… I am now going to be “Deep in the Weeds” the next several days so I will not be able to have a detailed or extended back & forth with You. So I have created a Demo which I believe shows the principles of what You are looking to accomplish: Timeline-JHSv4.hype.zip (41.8 KB) Live Demo here. The key element here is we are NOT going to use the “Main Timeline” for these scene transitions, we will use an alternate (new) timeline …

Retain state of scene when moving to next, then returning Scenes

@drudesign By serendipitous circumstances I answered a question very similar to this recently to which I will refer You for a detailed look at how the mechanism I am going to propose works: I believe this is very close to what You are requesting. The main concept is we need an alternate (new) timeline NOT the “Main Timeline” to be able to jump to a given point in the scene. I did quick adjustment to the Hype doc You provided. This adjustment only covers a precise set of circumstances but i…

Thanks Jim! These are actually probably what I should have been looking for; I only duplicated the scene in the first place because I wasn’t sure how to land back at a specific point in the timeline. I’ll dig through it as I can for future things, though your first solution is working fine for this one. Thanks for all the detail.