Closed groups should indicate where child keys are on timeline

This can be an issue when trying to find an animated element in the scene. We know it’s there somewhere but you have to open all closed groups to find it.

expected:
when group is closed, blue strip(s) on timeline (on the group’s line) indicate that it contains animated children.
(This would also make it consistent with 3D animation packages too)

Absolutely! We have some ideas for designs on this, though none I’m yet in love with… do you have an animation app that you like how it behaves? The main problem with Hype is that the groups themselves can have animations, so this can conflict in the view with child animations.

You make a good point I hadn’t considered – groups are animatable.

Any line item that has an animation has a blue bar on the timeline with the thickness of that line item. I’d propose making that blue bar slightly narrower to allow something like what you do at the top of the timeline.

Here’s a quick pass at what I was imagining. 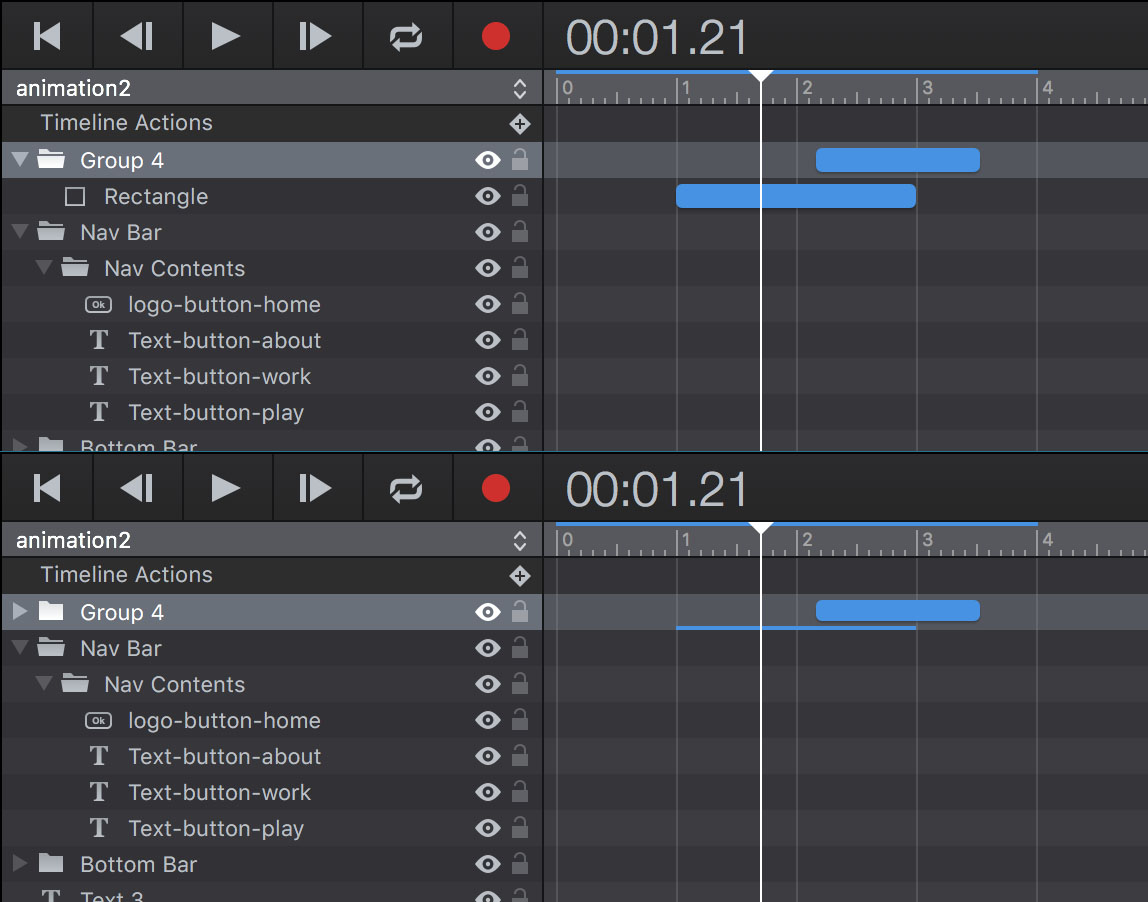 I used to work with Maya, 3D Studio Max and others but I haven’t had access to those for a few years now. I’m using Modo but am fairly new to it and haven’t played with the animation in it yet.

Awesome, thanks for the mockup! That’s along the lines with the way I think it will need to be approached.

Hi, I’d still love to see this addition to the timeline. And I’d want the collapsed group representation of the keyframes to be selectable and draggable (so I can drag all child keys as one to adjust timing)

For example, I have an animation with a lot of animated objects organized in several groups.
I decided to chop off the first 4 seconds of the animation and would like to be able to wholesale, slide all animations earlier by 4 seconds. When all keys are visible, the timeline is unmanageable. So I’d like to be able to do this while the groups are closed. To do so, I’d need to

(absolutely - this is definitely a hole in the UI right now)