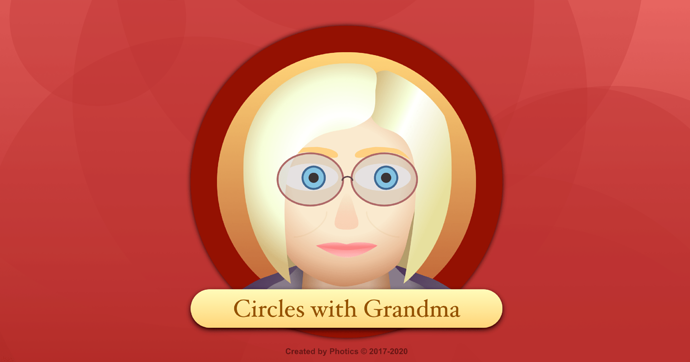 Almost 8 years ago, I started creating apps for the iTunes App Store. It was a grueling process. I’d have to wait weeks, just so Apple could reject my app. But now, things are much different. Now, Apple rejects my apps at a much faster rate.

After figuring out the changes to WKWebView, iOS changes and macOS changes, I was able to get both the Mac and iOS versions of “Circles with Grandma” approved…

Circles with Grandma is a game that’s based on a Pencil and Paper game I played as a kid. It’s also an example of a Hype-to-app approach to app development – design once, launch to multiple platforms.

A Book About Hype (2020 Print Edition) [UNDER CONSTRUCTION] Tips & Tricks

I was surprised to see this… I need urgent help with a project (willing to pay) …Circles With Grandma was mentioned. I wasn’t planning on including it in the book, but I didn’t think it would help thousands of people either. It was just a little pencil game I played with my Grandma and my Aunts when I was little. So, I suppose this is another opportunity for a poll. Do you want tutorials on existing Hype games by Photics? poll

…a tutorial about Circles with Grandma was added to the book. At 32 pages, it’s the biggest chapter in the book by far. It covers a lot of ground though.

Since it’s such a big part of the book, I figured that I’d update the game. The idea was to make it a universal purchase. That should only take me a couple of hours — right?!

I started around 7:30 am… skipped breakfast… just worked for four hours straight. I still wasn’t done. I tried again in the afternoon. Another couple of hours later, the updates are finally in review. Screenshots problems, notch problems, Xcode build issues, browser issues, sound issues… https://forums.developer.apple.com/thread/121822 …JavaScript issues, settings/preferences issues — and this was supposed to be an “easy” project.

That’s why it’s such a great lesson in web and app development!

…but I think if I had to do this again, it wouldn’t be on the App Store. It would be made of wood, the circles would be ball bearings, and the game would sold on Etsy.