In the past, I have tried to make a similar animation using the Hype Physics engine.

See here for the thread describing this and related details: http://forums.tumult.com/t/discuss-pro-feature-physics/266/101?u=drewbullen

My eventual conclusion was that the underlying physics engine wasn’t up to this kind of task. Sad!

Hmm. That is sad. Thanks for the feedback.

As Hype is not a 3D app, a key issue is handling an object that moves in front of something and then in back of it. The only way to do this is to have duplicates front and back and turn them on and off in sync with the motion.

Here’s an example of foreground/background transition. (Ideal for those who feel like popping a dramamine, putting on some sitar music, and staring at the screen for half an hour.) Note that the pink object is tilted back on the X axis.

The objects have been split into sections with individual sections appearing and disappearing. Try putting an object between the layers and the two will appear to be swimming around it. 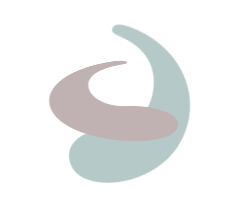 The clunky way to handle the atomic concept would be to use curved path segments for from at back and have the proton (or whatever) scale up and down at a convincing ratio (the opposite of ease in / out).

That’s a pretty cool animation, and a clever technique! Thanks for sharing. I’m getting my dramamine now

For what I’m interested in doing, I’d be content to do it in 2D, without overlap, and I don’t need to look at the subatomic particles. Here’s a very cool simulator someone made with javascript, and what I was wondering about was doing a (much simpler) version of something like this: http://www.falstad.com/gas/

Scripting is preferable to my neanderthal method. As for the example you provided, I think I’d prescribe laudanum.

BTW - this is one of the things that After Effects can do with minimal 3-D twiddling. You can offset an object (such as a round, flat image of a planet) from a center point, tilt the master object (a “null object” in AE-speak) on the X axis, rotate the null object, and set the planet to automatically face the selected camera. You can create a whole solar system using different planets at different sizes, different offsets from the center, and Z offsets. The only thing remaining is to figure out what to do with your cool little solar system after you’ve created it.