Hi,
I saw “How to make an iOS app using Hype Pro and Xcode” in Hypedocks.com, but, the Interface Controller of WatchKit App doesn’t admits the WebView. I know the app for Apple Watch, “Pasetime Baseball” is built with Hype, mi question is how.
Anyone knows?
thanks!!

The Apple watch app that you are referring too was, all evidence points too, someone at Tumult! Dah Dah Daaaaaah!!!

So, your question is best directed to the culprit in question, c’mon guys! own up. @jonathan, @Daniel, @michael, @stephen … cats out of the bag

Is it built using Hype …?

Only they would know.

The app itself is objective-c, but all the animations were pre-rendered from Hype documents. In fact, it was one of the reasons we added PNG Sequence Export to Hype

Pastime Baseball was a watchOS v1 app, which basically meant it is only capable of having a small amount of UI that needs to be in constant communication with the iPhone. The original challenge was figuring out if a game could be run at all, and then there were many challenges to get reasonable timing.

watchOS v2 and later allows for actual code running on the devices. As you’ve found out though, it does not support web views. You’ll likely still need to render animations as PNGs.

@stephen wrote a tutorial here, but since it is referencing watchOS v1 I expect some of it to be defunct:

Animating on the Apple Watch: Making the most of image sequences

Subtle animations are a great way to add fun and personality to an Apple Watch App. Whether its a custom loading indicator or part of a game, animations can bring your watch app to the next level. …

I suspected as much … as looking at the evidence it was done a while back (which points to watchOS1) however … and interestingly enough there is a Cordova plugin that was created a while back, also, that facilitates the use of javascript to build a watchOS app (so no need to get dirty with Objective-C or swift (Xcode) but alas the fact that there is no WebView still limits you to what “animations” you can use. As Jonathan says “You’ll likely still need to render animations as PNGs”

OO okay. I will have to rewrite the code in objective C or use Cordova. At least, I can take advantage of the animations made with Hype. But I have to release it this month so, maybe, just for Iphone with some simple part for Apple Watch. Thanks for the link and details @jonathan, Thanks for the plugin and for encouraging the team @DBear jejeje

Here’s a recent app built with some help from Hype for the Apple watch: 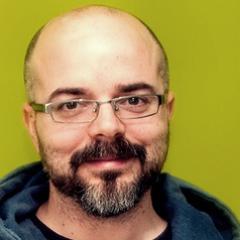 sorry!!
“
0_0 is my compatriot. Thanks for the contact. I finally used Wkwebview for Mac because my iPhone was crashed. But the game will be on all platforms. Now it is “under review”.
Sincerely, thank you for the contact.”