Ability to instance layouts when previewing

As Hype is created to make content with multiple layouts I understand it works the way it is. However, as it's also used by many to create ads, where different ad sizes are designed in the layouts instead of a responsive layout of a website, I hope there could be a feature/toggle in which each layout is seen as it's own boxed off creative.

I work allot with html rectangles in Hype, in which I markup the html elements and style them with css in there as well. Because I'm making div id's in there for the master format. The layout is then copied multiple times to create the other formats. When the css is adjusted I also have to rename all ID's, as when previewing a layout it takes the styling from the first layout with that Div ID. Ofcourse after exporting it, there is no issue as it's exporting every layout as its own creative. However with previewing this can be tedious, as I've to rename most Id's per format to get it to preview correctly (Ex for my #TextArea I would now have to adjust it per format to #TextArea300x250 , #TextArea300x600 etc.) The same thing when working with Js to control video's or GSAP text scripts, it will break when there are multiple objects with the same ID, so it will only work after exporting.

(I have to work allot with div id's in those html rectangles, as classes don't seem to work in there.)

GitHub - worldoptimizer/HypeMissingSelectors: Simple project to get the...

Simple project to get the missing CSS selectors we all wished for :v:. These include selectors based on Symbol names, Layout names and Scene names. - GitHub - worldoptimizer/HypeMissingSelectors: S...

Thanks for the feedback.

For your use case I'd definitely recommend classes instead.

(As a side note, so many times when I first choose IDs, I end up converting to a class anyways... I think class names should be the default go-to most of the time!).

@MaxZieb Thanks I'll have a look!

@h_classen @jonathan Yes, i've considering using classes for it (although each element still needs different styling in different formats). But the main problem with classes is that it doesn't seem to work in a rectangle. I don't know if theres a reason for this, or if its a bug, or if i'm doing something wrong (see attachments) 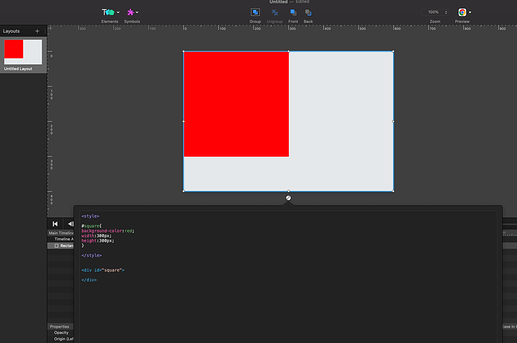 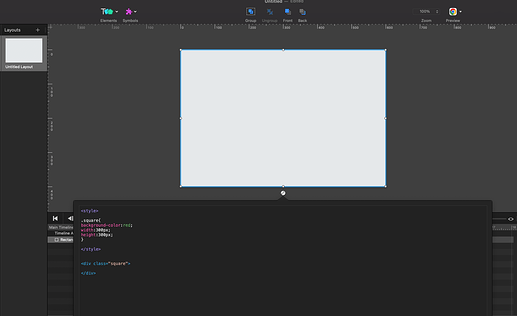 Awesome! wasn't aware of this function