Which One Of These Hype Games Is Your Favorite?

2020 was a tough year! This year, so far, it's not much better. Let's change that! Let's have some fun! Let's make some games! That's the objective of this article, to announce the 2021 "Year of Fun". It's an idea that Tumult Hype developers can get together and make some games — maybe even make some friends.

It's not a competition. It's about having fun. The idea of a competition was considered, but it was abandoned for three reasons. First problem — Hype is international, but sending prizes internationally is challenging. In a previous Photics game competition, the winning trophy was sent to Canada. It was not cheap. That leads to the second problem. What should the prize be? Photics is not rich. The problem of prizes ultimately leads to a third issue. In a competition, for someone to win, others have to lose. That's not very fun.

That's why there are no prizes! If your game is good enough, it can make money on its own. That's why theme was changed to a game jam. You could team up with other Hype developers/designers or you could go it alone. It's up to you. One of the most awesome things about Hype is the community. They're very helpful. That's good, because making games is hard!

No prizes?! So, why bother? Why participate? Here's an excellent reason...

If you're a budding game developer, coronavirus might just have opened up the most exciting opportunity of your life. 2021 is your chance.

MatPat's argument is that "video game development, in general, has slowed down" and that the traditional ways for game developers to work and network (such as the E3 and the GDC) have been hindered by the pandemic. This series of events is also causing problems for new releases during 2021. Meanwhile, the pandemic created an increased demand for gaming because people have been stuck inside. MatPat calls this year the "Gap Year" or a catch-up year for traditional game developers. Theoretically, while they're encumbered, this creates opportunity for Indie game developers.

Does the "Year of Fun" have a theme?

No, you are not required to adhere to a particular theme. (Although, your game should be appropriate for general audiences.) The only requirement is to make a game with Hype. If you need restrictions to better focus your mind, then go with an 80s theme. Make a modern game that would fit in the golden era of arcading.

Why would I build a game with Hype, instead of using a more traditional game development application?

Hype is exceptional for creating interactive and animated web content. Hype is a successor to Flash, which Adobe surprisingly murdered. By leveraging the nimble and lightweight aspects of Hype, you may have a good chance of capitalizing on this unique moment in time.

But ultimately, this is why the "Year of Fun" exists. The world doesn't really know about the true power of Hype. By showcasing what is possible, it encourages developers to make cool things with Hype. If there is a demand for Hype content, that encourages employers to seek out Hype developers and designers.

Is Photics going to make a game with Hype too?

It would be nice to finally finish Picopede. So... maybe? However, two Photics games (Cabling and Circles with Grandma) have already been created with Hype. Even though Photics isn't offering prizes, the website has free resources to help you make a game with Hype. The Photics-Physics-Bridge was launched specifically because of the "Year of Fun". The PPB bridges the gap between Matter.js and Hype's Physics API. With the PPB, it should be easier to make Physics-based games with Hype.

Additionally, there are dozens of free Hype templates at Photics.com. Many of these templates are related to game development.

NOTE: Since there are no prizes, Tumult can participate in the "Year of Fun" too!

The development part of the "Year of Fun" starts on April 20, 2021 and continues until October 20, 2021 . Even though this is just for fun, the plan is to post a poll on the Tumult forums. Players can vote on their favorite game from October 21, 2021 to November 20, 2021 . While the poll does add an element of competition to the "Year of Fun", it's more about encouraging the community to look at all of the games.

Where do I put my game?

You can host it on your own personal website, upload it to GitHub, or launch it to an app store. The general idea is to create a family-friendly link to your game. That way, other people can find it.

How do I participate?

You can announce your interest in participating in the "Year of Fun" by liking the second post in the official thread. Then, once your game is ready, just post a link to your game. While the event is ongoing, use the thread to chat about your progress, post screenshots, discuss technical issues, or even help others.

It's quiet in here. OK, I'll start things off. I was busy trying to convert A Book About Hype into something digital. I felt that the cover needed to be more animated. It started with a bouncing ball, then it turned into a bouncing ball with a trailing dotted line. That highlighted the motion, but it still wasn't right. I tried converting the dots into a more defined trail... but something was still wrong. Then, one morning, I though... hey... why not just outlines? 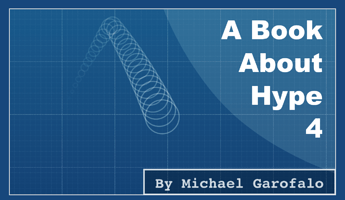 It was pretty cool. I like it. The effect matches the blueprint theme. The cover still needs more work, but at least now I was somewhat motivated with working on this project. Well... I was... but I still wasn't quite motived enough. My mind started to wander. I remembered a Photics game from over a decade ago. It's called Arch Fiery...

I've played some great platformers, like Super Mario Bros. But unfortunately, Nintendo doesn't want to launch their games on iOS....

The ball effect on the cover reminded me a lot of this old game. That's when I started to wonder, could that fiery effect be recreated with Hype?

The effect is very reminiscent of those sparkly mouse trails, back in the early days of the web. That's what's missing. Today's websites are more serious. Sure, the mouse effect was kinda silly and maybe a bit annoying, but I'm thinking that websites were more lively 20 years ago than they are today. Search engine optimization is a big part of the reason. Websites need to be lightweight and fast, otherwise they'll be penalized in the ranking.

So, I was having fun. That's the point of the "Year of Fun". I still haven't decided if I'll be making a game too, but it was nice way to relax.

I was busy trying to convert A Book About Hype into something digital.

I'm starting to enjoy the project, so it's looking very likely that the app version of A Book About Hype will be available soon. Like this post if you want to be notified when the book is available.

Since I was already building a game in Hype, planning to make an interactive NFT, I'll definitely join the party! Thanks for the initiative!

not the newest one, but i like to play it myself 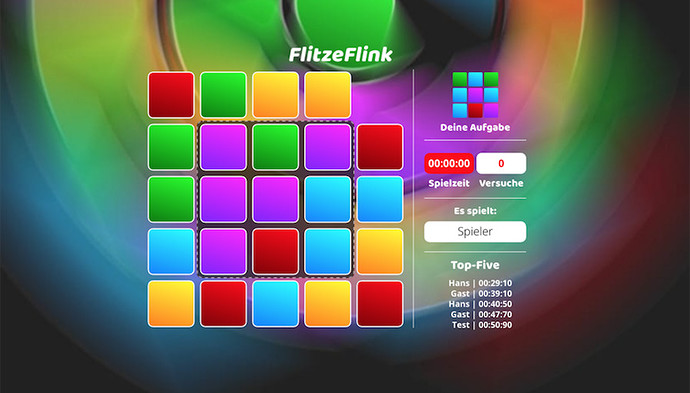 this has been for a horsechampionchip ... bit strange ... i know 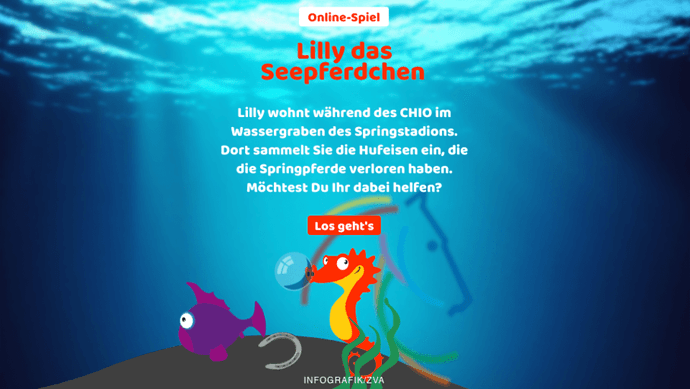 hans thanks! ok, then I'm a beta tester

I updated the resources with a link to jsfxr. Apparently, sfxr... http://www.drpetter.se/project_sfxr.html ...was ported to a web based version. It's on GitHub... https://github.com/chr15m/jsfxr

I was playing Crossy Road when I heard a sound effect that reminded me of the sound effect app. Maybe it's helpful.

Just a heads up — There's less than three months to make a game and enter the competition.

UPDATE — Two months left to make a game and enter the competition.

One more to play

A new game for the collection