Multiple sliders in a single document

Is it possible to have multiple sliders controlling several different animated objects in a single document.

The concept is each individual slider would control a different object animation and each object would be layered on top of each other to give the idea that it's a single object. Also can several actions be applied to each object using the sliders such as, If I fade in one object, can I fade out another object at the same time or would that require javascript which I’m not familiar with. This is just an example and I’d use other objects to perform the same task.

I've attached example of the concept. 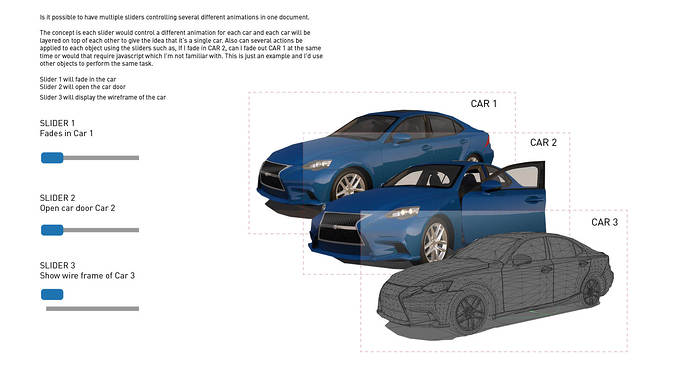 Instead of moving the images you can do whatever you want with them in the "MovementQ/T/H" timelines.

Is that what you are looking for?